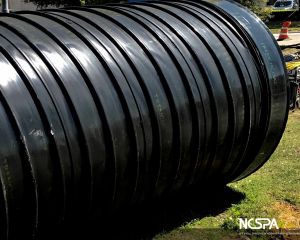 The City of Garland launched efforts to improve Shiloh Road from IH-635 to Kingsley. The project included the widening of a four-lane divided thoroughfare to six lanes which required 53,000 SY of concrete pavement, 5,000 LF of storm sewer pipe, five intersections, landscaping and pavement markings. This project had been in the planning stages for over ten years awaiting funding.

Nathan D. Maier Consulting Engineers was faced with significant hydraulic challenges on this project as they had to enclose an existing drainage channel running next to Shiloh Road with multi-barrel parallel pipes in order to expand the Lanes of traffic from four to six lanes. The expansion was to be constructed with limited elevation between the flow line of the existing channel and the proposed top of pavement. They had to account for a significant volume of water with limited height of cover, so the hydraulic efficiency of the pipe selected was critical. 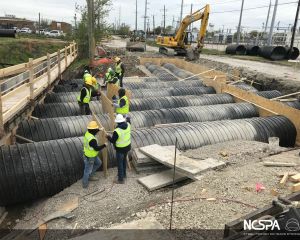 There were four primary reasons Nathan Maier and the City of Garland selected the polymer-coated spiral rib pipe: 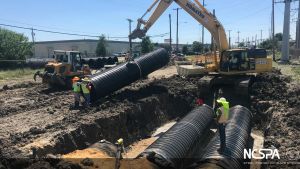 The awarded contractor, Ragle Inc., was impressed with the light weight and strength of the polymer-coated spiral rib pipe.  They saved significant time over other storm drain pipes due to the 25′ standard lengths and bell and spigot joints.