The rapid growth of the watercourse discharge of the river Hașdate in the Ciucaș area of Romania during spring and winter periods caused the river to produce flood waters, causing damage to the existing road and houses in the region. 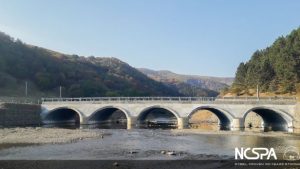 After thorough analysis of the features and frequencies of the floods, along with the the impacts and effects – it was decided  a bridge was the best source of action to elevate the existing road, and solving the problems created by the floods. Analyzing all the factors, the general designer proposed as a solution the implementation of closed section corrugated steel structures. With the help of ViaCon designers was proposed a technical solution composed of five deep corrugated structural plate structures .